Ski Beyond, a British Ski School based in Morzine, Les Gets & Avoriaz – is a family run ski school who offer a personable & bespoke approach to ski coaching.  From first turns to deep powder we have everything covered to help you to feel comfortable & confident on the slopes in no time. 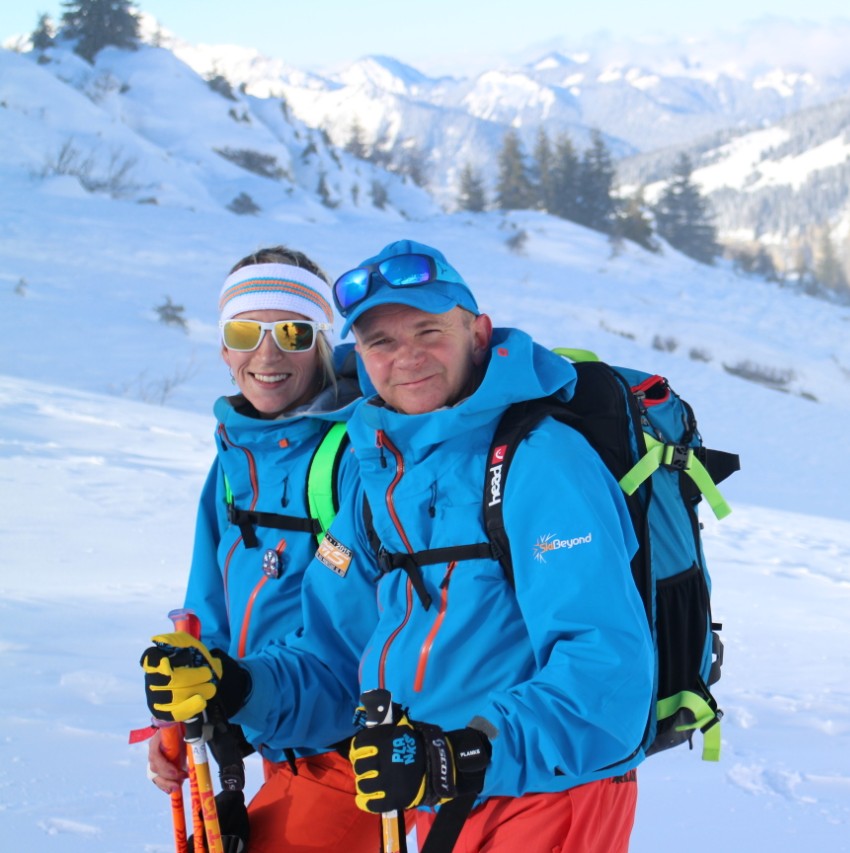 Ambrogio McClintock – RICEY – is the unique mix of Italian and Scottish giving you an extremely passionate and unforgettable instructor whose love and passion for skiing is infectious. His ability to connect with all levels and ages of learners makes each lesson an individual and magical experience.

Ricey has over 20 years teaching experience, and is qualified to the highest level (BASI International Ski Teacher Diploma – I.S.T.D). He has taught in a number of countries from Scotland to Spain, Italy to France, New Zealand to Switzerland, and beyond, and in 2004 settled in Morzine where he has been teaching since. Ricey’s passion for teaching has lead him down a number of development paths to ensure that he is the best teacher he can be. He spends the Autumn coaching ski instructors for the European Speed Test (Giant Slalom), in Saas Fee with JJC Training.

As well as ski coaching he is the resident psychological coach preparing the athletes and helping them to clear their minds, focus and realise their full potential. He is a Master Practitioner in Neuro Linguistic Programming after developing an interest in the psychological aspect of learning & performing early on in his ski teaching career.

Ricey uses a number of methods in his day to day ski teaching and coaching. He takes great interest and pleasure in seeing the transformation of clients and helping them reach places they didn’t think possible.

For those interested in exploring this further Ricey offers a personalized off-snow session too. To find out more please email ricey@skibeyond.co.uk. 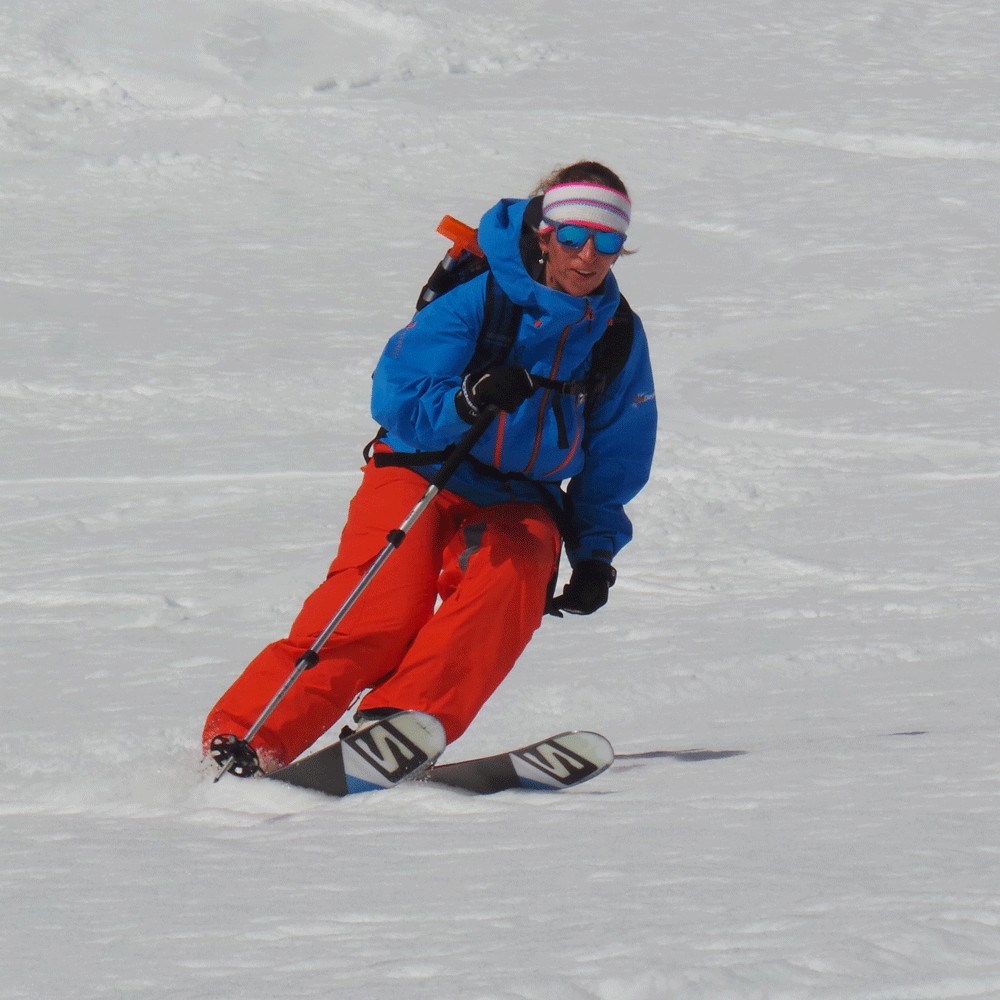 Hels fell in love with skiing as soon as she started in Glenshee, Scotland from the age of 7 – she has been teaching in the Portes du Soleil since 2007, teaching in Champoussin & Les Crosets to begin with and as she successfully achieved her BASI Level 4 (I.S.T.D) & full french equivalence she has been working in Morzine, Les Gets & Avoriaz.
Hard to miss on the slopes – she can often be heard whooping, singing and generally loving life.  She feels so lucky to be living her dream and teaching skiing.

When she’s not on the hill she will be at the other end of your email and booking – always looking to help and help make your ski holiday one to rav  about & remember.  She is passionate about coaching women and has a number of local lassies who ski with her on a weekly basis. 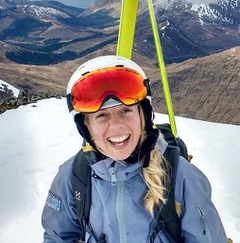 I learnt to ski as a young child and have spent the last 10 years exploring and working in mountains all around the world from Slovakia to New Zealand, teaching people of all ages and abilities. I’m a fully certified ski instructor, holding the BASI Level 4 ISTD and Carte Professional. I now work as a ski instructor and ski touring guide in France and in Scotland. In the summers I work for Fall Line Magazine and I run my own company Yoyosno, we offer luxury ski and yoga retreats aimed at developing ski performance and strengthening the connection between body and mind. Check us out: www.yoyosno.com

WANT TO GET STARTED?